Comprising 27 courtrooms, the New Modesto Courthouse is authorized for 308,964 building gross square feet (BGSF). This new facility will replace the existing Modesto Courthouse, the adjacent Hall of Records Building, the Ceres Courthouse, the Turlock Courthouse, and three leased facilities. Ranked in the Immediate Need priority group in the Trial Court Five-Year Infrastructure Plan adopted by the Judicial Council of California (JCC) in October 2008, it is one of the highest priority trial court capital-outlay projects for the judicial branch.

*Included is $13.243 million authorized in the 2020 Budget Act (FY 2020–21) to build out 3 of 5 shelled courtrooms for authorized judicial officers as well as provide precast concrete on the façade. 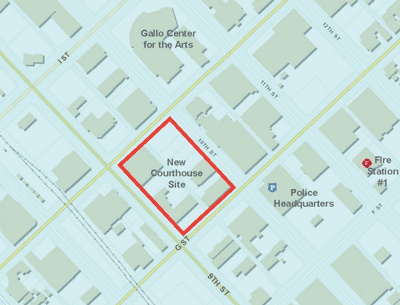 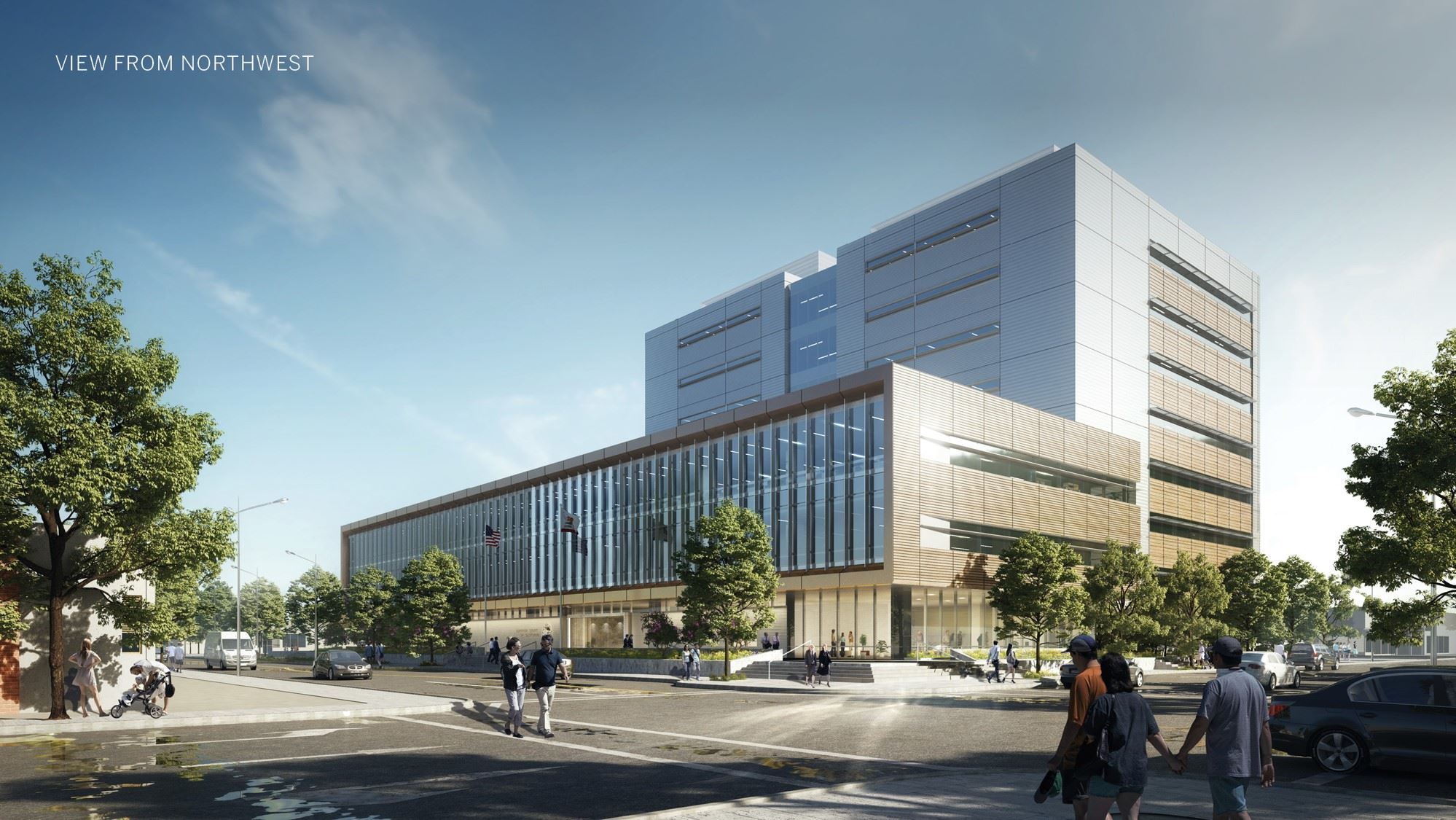 Artist rendering of new Courthouse as seen from northwest.

The Superior Court of Stanislaus County provides services to county residents at the Modesto Courthouse and Hall of Records and from several leased facilities in downtown Modesto, as well as two single-courtroom facilities in outlying towns—Ceres and Turlock. All of these facilities have numerous deficiencies. They are overcrowded, lack security features to current standards, and hinder the court's efficiency by dispersing services over many locations.

This project will create a full-service courthouse in Modesto to replace seven court facilities: five in Modesto and the two outlying courthouses. Consolidating these facilities will enable the court to increase efficiency by retiring leases and centralizing operations. The project will improve security by providing enhanced entrance screening, separate hallways for the public, staff, and in-custody defendants, and properly sized holding areas for in-custody defendants.

The project includes space for two future new judgeships and will enable the court to provide basic services currently not possible due to space restrictions, such as a self-help center; appropriately sized public lobby and service counters; a properly sized and equipped jury assembly room and jury deliberation rooms, and rooms for family court mediation and attorney/client interviews, as well as a children's waiting room.

On May 9, 2013, a preferred site  was selected for the New Modesto Courthouse. The site is approximately 3.5 acres with an entire city block bounded by G and H Streets and 9th and 10th Streets in downtown Modesto. The site also includes a portion of the block bounded by H and I Streets and 9th and 10th Streets for parking. In November 2014, the State Public Works Board approved acquisition of the preferred site. On December 23, escrow closed on the downtown site, completing site acquisition for the new Stanislaus County Courthouse. The project now is in the working drawings phase.

This project is currently in the working drawings phase. Construction is estimated to begin October 2021 and complete October 2024.